Getting up at the unearthly hour of 4.45am could only mean one thing, away days were back after the international break. One of our Hampshire Whites had tweeted, that they make this long trip to every home game at Elland Road. There is no disputing the effort that comes from our loyal fans to support our team, which is more than could be said about their performance today, which was dire.

I really wished I’d started writing down everything that happened to us as a family since my husband received his cancer diagnosis three years ago. Never a week goes by without something happening to someone in my extended family. With him receiving further tests and me getting told I need an operation sooner rather than later; it is one thing after another. Personally, I don’t want any operation to interfere with my football but as there will be a long wait anyway, who knows when it will be.

One bit of good news though is about our song’s recordings that a group of Leeds fans started in 2017. Despite it taking four years to get this project to completion, we are nearly there. Watch out for further news very soon and remember, Christmas is just around the corner.

After a stop in Basingstoke, we reached the ground 30 minutes before kick-off, but with queues at the turnstiles, we got into our seats with the game ready to start. The next 45 minutes passed very quickly but not in a good way for us as we were under attack for most of the half. Leeds had no answer to Southampton taking the game to us with constant attacking. They were helped on their way with the referee giving them no end of free kicks in the first 15 minutes, although that is no excuse for our heads going down and capitulating to them. Southampton fought for every ball, winning the second balls too but we looked to have lead in our boots sadly. When they were running rings around us, it looked obvious to me and others around me that we should change our formation. Meslier had to be on his toes making a couple of good saves, but it was a good job that their finishing was woeful otherwise they could have had a hatful of goals. With only one cross caught by their keeper our only attack of note was just before the break, but Roberts’s shot went wide. A very poor half for us but I was thankful to go into the break on even terms.

After the restart, Southampton had an attack that brought a save from Meslier before we had a spell of attacking with Harrison’s shot deflected for a corner. We continued to attack but instead of having a shot, we kept passing the ball across the pitch which was so frustrating. Catch them unawares and shoot, we do know how to do that! That proved to be our downfall as Southampton won the ball, raced to the other end, and put the ball into the net to go into the lead.

Although James’s persistence saw his chance go wide, if we thought we would improve, sadly that wasn’t to be. We had no leader on the pitch, our passing was woeful, we couldn’t play as a team and were at sixes and sevens. It is a long-time since I’ve seen such an inept performance from Leeds. I know we were missing key players with Phillips, Koch, Bamford, Firpo and Ayling out injured, plus Raphinha had just returned from a long trip after playing for Brazil where he scored two of their goals. That said, we were a shadow of a team without them and had a lot of the youngsters on the bench. I’m sure some of them would have put in a better performance than some of the team today. I’ll be honest, with the odds stacked against us from the start, I though we could surprise everyone by getting a win, but I couldn’t have been more wrong.

It was a gutting display today, but it will only be worrying if we don’t pick ourselves up from this defeat. Because we couldn’t contain the ball in midfield, this puts pressure on our defence, but also means we couldn’t create anything either. That to me was one area we needed to strengthen not that I’d any idea of who could have been brought in to do the job. We need a Bremner and Giles partnership or a Batty and Strachan one and wish we had them here today. We cannot be so reliant on Phillips playing that we seemingly can’t manage without him.

Although a very painful result and a 19 hour round trip, we move on. See what happens with the Wolves game next week so see you there. LUFC – Marching on Together! 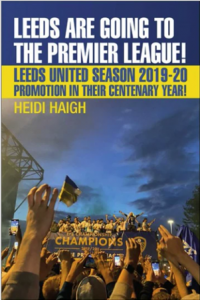 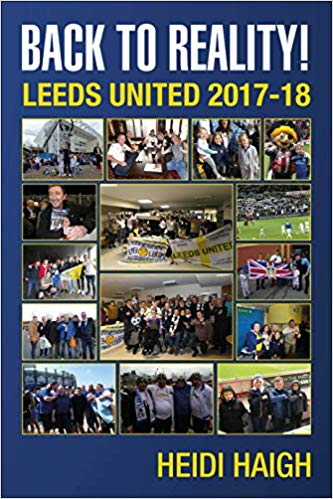 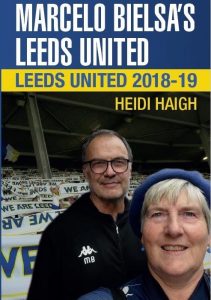