Thank you for buying my new book – Leeds Are Going to the Premier League! Leeds United Season 2019-20. Promotion in their Centenary Year.

LEEDS ARE GOING TO THE PREMIER LEAGUE – LEEDS UNITED SEASON 2019-20 – PROMOTION IN THEIR CENTENARY YEAR!

The book is now available on Amazon too

I will happily autograph copies bought from any outlet once we are allowed back in grounds and can meet in person.

There is still time for them to be delivered prior to Christmas and I know some fans have got them on their wish list! See the pictorial journey through Leeds fans’ eyes as well as a game by game account from me!

Thank you for those fans who are already sharing photos of them with my new book.

Thank you for the support Gary and Olly. 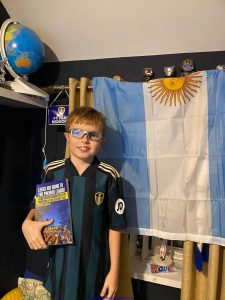 Also thank you once again to my neighbour Keith for buying 10 books! As always your support is appreciated. 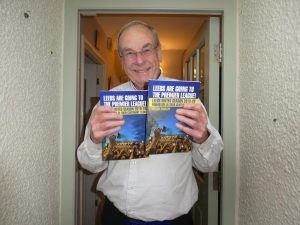