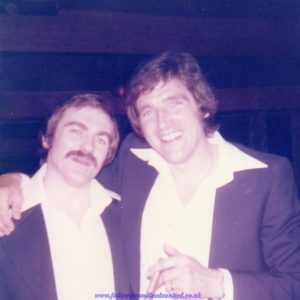 Finding out that another of the legends from the great Don Revie side Terry Cooper had died knocked me for six despite knowing he has been ill. With more tears shed, it is a sad day for his family, teammates, and those of us fans who were lucky to have seen the greatest team on earth. We used to call into his sports shop when we used to walk to the ground, and he always made time to talk to us. Taking a photo of Terry and Norman Hunter at the Menwith Hill Supporters Club do when the team used to freely mix with the fans, are cherished memories. Rest in Peace TC.

My thoughts on Terry Cooper can be found at 2.10 on the Just Joe show