Thank you for inviting me to interview Leif Davis today and also chuffed to bits to receive a matchworn shirt from him. 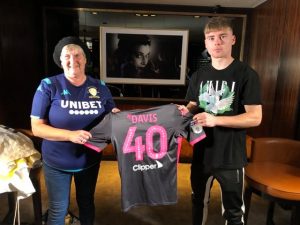