Leeds are going to the Premier League!

When you get your photo taken with the Championship trophy. My daughter Danielle with the same trophy at 5 weeks old in 1992. 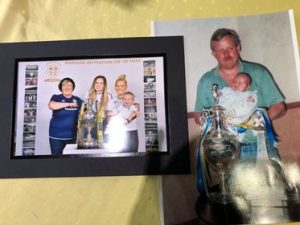 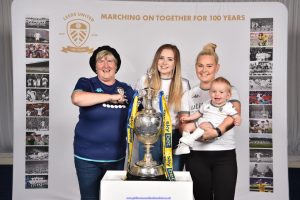